Watch Out for These 20 Herbs

Here we'll try delve a bit deeper into the effects of different superfoods, supplements, and amino acids. We also cover common health issues and the natural- and prescription free supplements you may consider as a complement. We strive to cover both the benefits and side-effects of nutritional supplements.

This blog post contains about 20 plant extracts that can have serious side effects and that we caution against using. Moreover, Consumer Reports in U.S. also recommend that people should not use them*). It’s worth remembering that just because a plant or herbal remedy is all-natural, it is not necessarily innocuous or suitable for human consumption.

These plant extracts would typically not be sold at VitaMondo. The caution does not mean that the plants are equally dangerous – or that none of them have any positive effects, such as red rice, but that they have more side-effects than most herbal supplements.

The summary continues with a second part containing non-organic chemical elements we also caution against using as supplements.

Yohimbe (Pausinystalia johimbe) is a tree species in Africa, also known as Yohimbine, Corynanthe yohimbi and Corynanthe johimbi. The tree’s bark has been used as an aphrodisiac treatment for erectile dysfunction, chest pain, diabetes problems and anxiety for a long time. 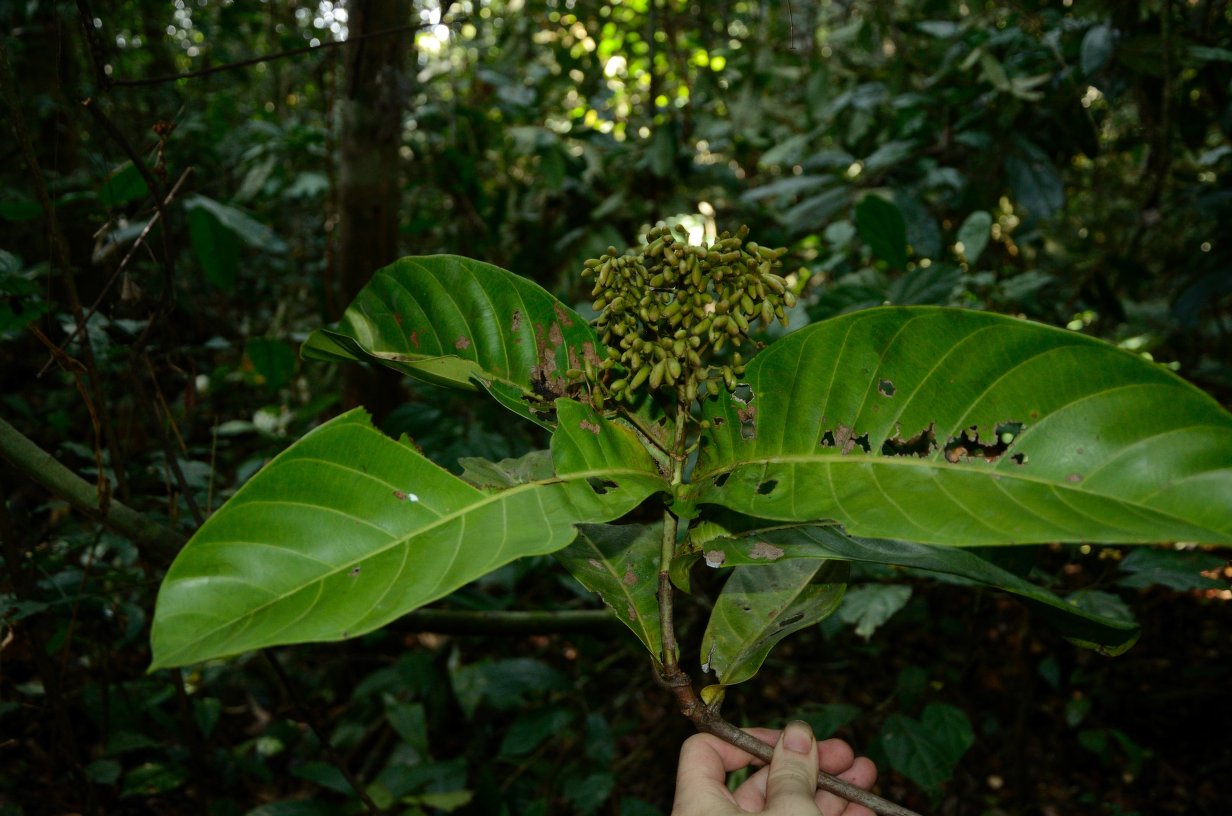 Under supervision of physicians, kava (Piper methysticum) or kava kava tends to be effective in treating anxiety and insomnia. Although, there is no evidence of liver toxicity when ingested as a beverage, the ingestion of kava extracts produced with organic solvents of poor quality kava products may be associated with liver damage in rare cases. In addition, there is some concern that Parkinson’s and depression may be exacerbated.

Several other types of essential oils have been found to offer similar health effects to the alleged benefits of essential geranium oil. For example, essential oil from lavender can help lower anxiety and promote healthy sleep, while orange oil, lemon oil, and jasmine oil can help improve mood.

Skullcap is a perennial flower native to Asia (Scutellaria baicalensis) and America (Scutellaria lateriflora). The plant gets it common name from the shape of the flower, which resembles medieval helmets worn by soldiers in Europe. Native Americans used it for various health remedies, such as digestive problems, kidney pain, and nervousness. However, even if skullcap may have health benefits, it does also have serious side effects that can lead to liver damage.

Comfrey (Symphytum officinale) is used for cough, heavy menstrual periods, chest pain and cancer, also known as blackwort, common comfrey and slippery core. But it has been related to liver damage and cancer, including coltsfoot. In 2001, the FDA ordered manufacturers to withdraw comfrey products from the market.

Aconite (Aconitum) — also known as Monkshood, Wolf’s Bane, Aconite Tuber, Angustifolium, and Radix Aconiti — is used for swelling, joint pain, wounds, and gout. But it may cause nausea, vomiting, fatigue, paralysis, low blood pressure, and disorders of heart rhythm. It was even associated with paralysis of the respiratory system and possibly death.

Sida cordifolia contains ephedrine, a stimulant similar to an amphetamine that can cause harmful side effects. The US Food and Drug Administration (FDA) banned the sale of ephedra, Sida cordifolia, and other ephedrine-containing products in 2004.

There should be no confusion between Greater Celandine (Chelidonii herba, Chelidonium majus) and Lesser Celandine (Ranunculus ficaria). The smaller celandin is used as a treatment for cancer, digestive tract conditions (IBS), liver and gallbladder disorders.

For any of these uses, there is no good evidence, and while it may delay cancer cell growth, it may also be harmful to normal cells. It is possibly unhealthy, however, and should be avoided as it may cause serious liver problems. 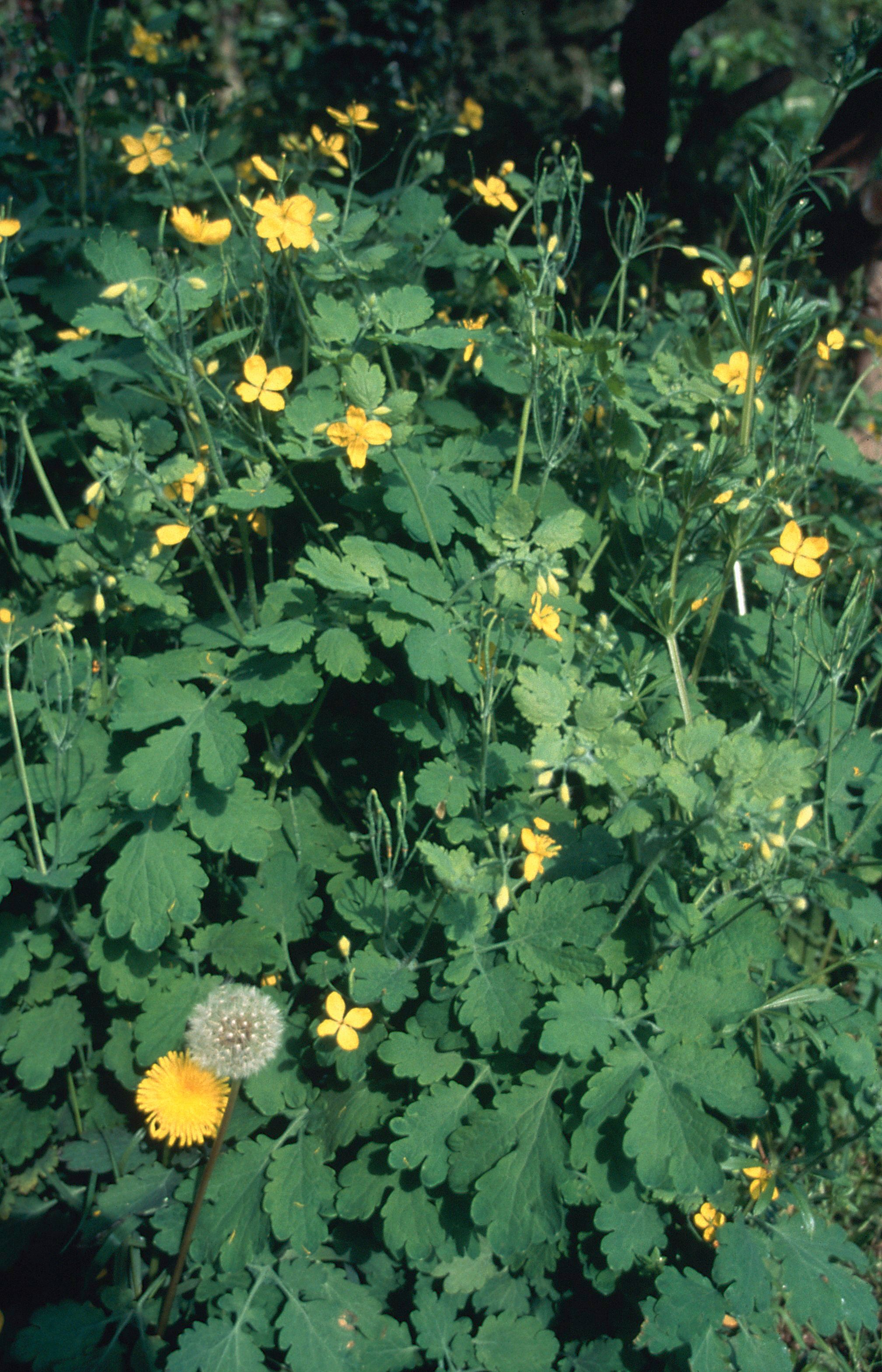 Bitter orange (citrus aurantium) — also known as seville orange, sour orange, aurantii fructus, and zhi shi — is used for weight loss, exercise efficiency, asthma, nasal congestion, and many others, but so far, science has only shown that the oil, when applied to the skin, may be effective in treating fungal skin infections (ringworm, jock itch, and foot athlete). Synephrine, a compound similar to ephedrine, a chemical in the plant ephedra, is the active material in it. Bitter orange is considered by the National Collegiate Athletic Association (NCAA) to be a banned substance. Similar substances are marketed under various names, including Methylsynephrine and Oxyephedrine.

While bitter orange is likely safe when consumed as food, WebMD suggests it is possibly unsafe when taken in high-doses as a supplement for weight loss. It might increase the risk for high blood pressure, fainting, heart attack, stroke, and other severe side effects. 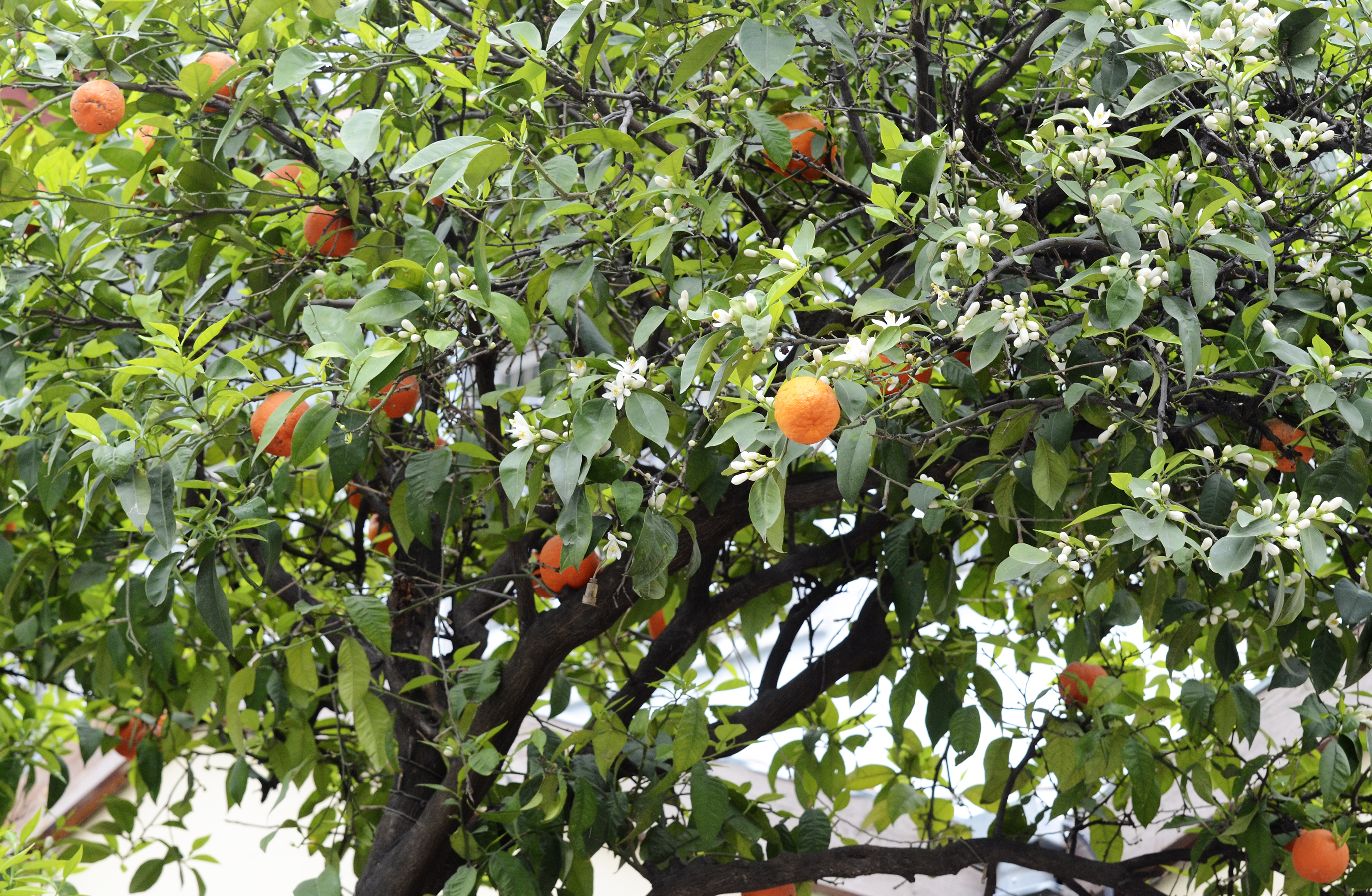 However, be mindful that it is considered unsafe because it contains chemicals called hepatotoxic alkaloids of pyrrolizidine (PAs) that can damage the liver or cause cancer.

Pennyroyal (Mentha pulegioides, Hedeoma pulegioides) is a plant. To make medicine, the oil and leaves are used. For colds, pneumonia, and other breathing problems, Pennyroyal has been used. It is also used for problems with the stomach, gas, liver and gallbladder.

Pennyroyal is also used to control spasms of the muscle, cause sweating and increase the production of urine. It was used as a motivation to combat weakness and even to induce abortion. It was used to kill germs and keep bugs away from the skin.

Nonetheless, whether taken by mouth or applied to the body, pennyroyal oil is dangerous, as it can cause severe liver and kidney damage and damage to the nervous system. Some side effects include pain in the stomach, vomiting, fatigue, restlessness, hallucinations, dizziness, problems with vision and hearing, high blood pressure, lung failure, and brain damage. 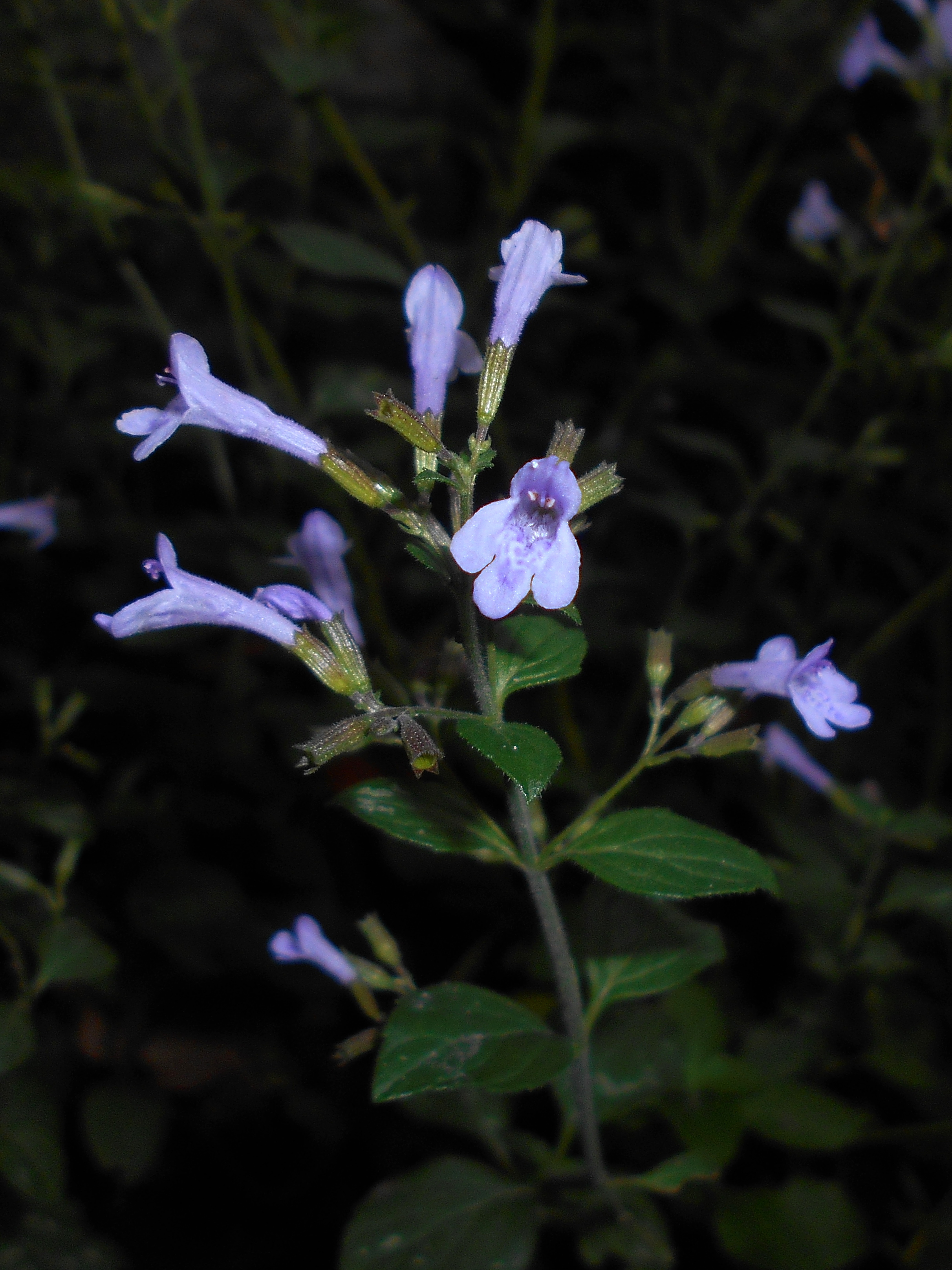 Red Yeast Rice is a rice fermented with Monascus purpureus, a type of yeast. It has been used as a traditional medicine in China and other Asian countries for decades. This contains many ingredients, such as a number of monacolins, i.e. monacolin K, that can help control cholesterol levels. It also includes sterols, isoflavones, and fatty acids monounsaturated (“healthy fats”).

Studies have shown that the levels of total cholesterol and specifically LDL or “bad” cholesterol can be significantly lower in certain red yeast rice products containing statin.

Side effects are usually mild, such as nausea, heartburn, and stomach discomfort, but high-dose extracts can cause kidney and muscle problems, liver problems, hair loss, and will likely magnify the effect of other cholesterol-lowering statin drugs. The FDA also maintains that products containing statins are illegal in the US, even though extracts are still available on the internet.

Germander (Chamaedrys of Teucrium) is a herb. It is the pieces that are used to produce medicine that rise above the surface. We use germander to treat diseases of the gallbladder as a germ-killer and a mouthwash for weight loss, fever, stomach.

Nevertheless, liver damage (hepatitis) and possibly death are serious health issues. France has banned its sale and Canada does not require germander to be taken by mouth in foods, while the United States allows it to be used as a flavoring agent in alcoholic beverages in small quantities.

Usnic acid is a lichen-based antibacterial material, also known as Beard moss, Tree moss, and Usnea lapponica. Even though lichens tend to be single plants, they are in reality a symbiotically growing mixture of fungus and algae. It is advertised online as a weight-loss drug and enhancer of efficiency, particularly a compound called sodium usniate (“LipoKinetix”).

The side effects, however, include vomiting, tiredness, abdominal pain, skin yellowing, and even liver failure that may occur after 2 weeks to 3 months.

*) Our blog contains more herbs and plants that those listed by Consumer Reports. In addition, we do not include green tea supplements. It is true that tea leaves contains caffeine (or theine) – as a cup of tea has about 25% of the caffeine in a corresponding cup of coffee – and excessive consumption of caffeine may cause jittery. Tea can also reduce the absorption of iron.

In reality this may cause concern if green tea supplements (or EGCG polyphenols) are being abused by consuming it in large doses for weight loss. Of course, in this case iron deficiency and jittery could become a problem. However, when used in normal amounts there are plenty of health benefits with taking green tea supplements.

These chemical element are not available at VitaMondo.

Colloidal silver is made by suspending microscopic silver particles is demineralized water. It is typically taken by mouth as a dietary supplements, but it can also be applied topically on the skin as a disinfectant.

Colloidal silver is sold as a dietary supplement for the antibacterial- and antimicrobial effect. However, it is also touted as a panacea for a broad range of conditions from treating herpes and shingles to psoriasis and food poisoning. Side effects neurological issues and kidney damage, but it also gives the skin a blue-grey color.

Caffeine is a central nervous system stimulant that is used a supplement enhances athletic performance, induce weight loss, improve attention, and as a stimulant for staying awake.

SIde effects include nervousness and jitters – and in larger does or when combined with other stimulants – arrhythmia/cardiac arrest, and seizures.